Google Phone or dialer is the default calling/dialer in many Android smartphones today. There would be many annoying things about Google’s dialer app; however, the call recording announcement is probably the most annoying. The app plays “This call is now being recorded” pre-announcement to both sides as soon as you start recording a call. Similarly, it plays “Call recording ended” when you stop the call recording.

Recording calls without informing all participants is illegal in several jurisdictions. We won’t get into the details much, but it would be ethical to tell the other side before starting a call recording. On the other hand, Google’s way of forcing the announcement every time is also not a nice implementation. Google should have left the choice in the hands of the users – at least in regions where there is no such law.

How to disable call recording pre-announcement in Google Phone app

The Google phone app comes pre-installed on almost every smartphone today, including Nokia, Samsung, OnePlus, Vivo, Oppo, IQOO, Realme, Xiaomi, Poco, Motorola, Sony, and Honor. The app is used on several regional phone brands as well. So, this is quite a universal guide and should work across

Google Dialer uses text-to-speech to read the text and make the call recording announcement. So, we are going to tackle this problem by using a different text-to-speech service. The change possibly leaves the Google Phone app unable to generate the audio file to playback as the recording announcement, thereby keeping it silent. Google might fix this problem in a future update to the Google Phone app – use it till it lasts!

If you have doubts about the app, then you can switch the Text-to-Speech provider back to “Speech Services by Google”. The call recording announcement will still remain disabled until the Phone app refreshes its data or if you restart the phone. You can repeat the steps again when the announcement is active again. 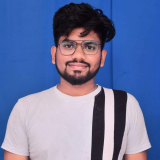 How Work Shazam App | How to use shazam App in android | Find Song Title Hearing Song | Shazam Use !!!!